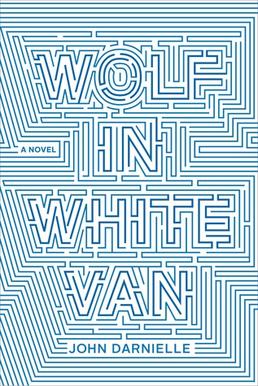 This week’s PAPERBACK is for those of you who watch Dream Deceivers and feel it necessary to dip into more hopeful territory. Strangely, the remedy comes from the same story. This time it’s told with stirring empathy and a ton of forgotten, Eighties cultural references, in Wolf in White Van, by John Darnielle. In his impressive first crack at a novel, Darnielle spins an engrossing and beautifully understated story around Sean, who is loosely based on James Vance. Sean is living on his own, years after his suicide attempt and the blame that followed, sustaining himself, financially and socially, through a mail-in subscription, role playing game he invented, called Trace Italian. He is also fighting his own lawsuit, by the parents of two kids who took Trace Italian literally and acted out seemingly innocuous instructions that got them killed.

Sean expresses a myopic world view that protects him from normal life. He follows a kind of private manifesto that guides him in existing safely alone as a freak, without succumbing to his sense of unyielding isolation. His tactics for basic sanity are simultaneously the instrument of and the logic that seeds the world of Trace Italian – a place of his own making and the only place that he can fully bear.
-GJ