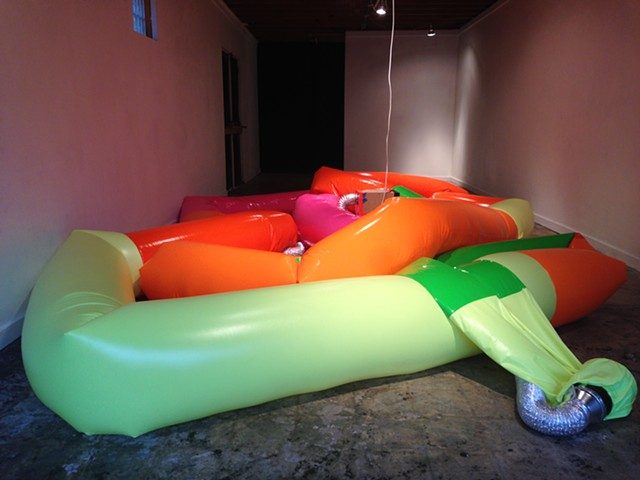 “Nothing in the world is more seductive then the reverie of unchained curiosity. Rocks flipped over, machines disassembled, zits poked. Spelunking infinitely forking rabbit holes is where I discover new creative routes developing a dense and personal map that connects sensual stimulation, scientific inquiry, and narrative thought. The material output from this exploration isn’t about reporting/recording discovered/created meaning but on the process itself. In multiple contexts and with multiple expressions my work aims to illuminate the surprising moments of synthesis that await investigation all around us.” – Tim Harrington

Kiss Without End is a reference to Culte de Baiser Sans Fin (The cult of the Endless Kiss) is the name of a fictional game/cult in Infinite Jest where teenagers lock in a kiss, each holding the other’s head in place and nose closed. The two exchange shared air back and forth until one of them passes out.

Multidisciplinary artist Tim Harrington is best known for his extravagant and transgressive performances as the frontman for the influential rock band Les Savy Fav. In addition to his work as a performer and provocateur with his band and in numerous short films and videos, Harrington maintains a visual art practice from his studio in Brooklyn, NY. He completed his MFA from the Rhode Island School of Design where he studied film and also holds a Masters degree from New York University’s Department of Interactive Telecommunication. 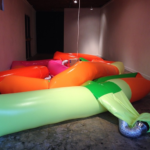 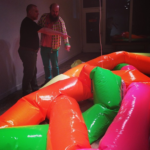 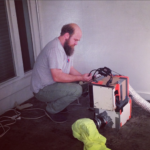 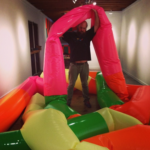 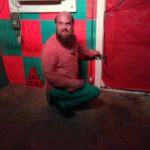 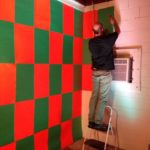