SPECIES COMPLEX
Pictures and films by Jeff Whetstone
February 7th through March 14th
The term “Species Complex” describes the muddled area where the distinction between different species becomes unclear. Jeff Whetstone, who was originally trained as a zoologist, offers new meaning to that term, through a series of deeply toned, floor to ceiling, gelatin silver prints and a stark, video installation, taken from degraded images produced by infrared hunting cameras. Many of the images are startlingly intimate. Through them, Jeff leads us by the hand into a beautiful but unsettling place, where humans and their supposedly lower counterparts in mutual existence, look and behave nearly the same.

The first book I ever bought was the Audubon Field Guide to North American Reptiles and Amphibians. I was eleven years old when my mother took me to the mall where it was on a lower shelf in the Christian Book Store in the Nature section. This book became my Bible as I was on a quest for undeniable truth —a truth more important to me than the afterlife. I was seeking a definitive description of the morphological difference between the Northern Water Snake (Nerodia sipedon) and the Copperhead (Agkistrodon contortix), which for me, meant the difference between life and death.

The book gave me the answer (Copperheads have vertical pupils). I was converted, which meant I carried the book with me everywhere. At night I read the bible-paper pages in the appendix and was transported to lands where Indigo snakes burrowed in Gopher Tortoise dens, and revealed species I would never see, like Sirens and Amphumas. It introduced me to magical species that defied the laws of nature, like Indo-Pacific Geckos found in Florida that are unisexual: no males of the species are known to science.

By day, the book guided me through my forays into the woods. It sharpened my eyes, with its highly saturated color photographs on thick, glossy paper. The book trained me to see the natural systems close up, to differentiate, categorize, capture, and collect. It taught me how to investigate a landscape, what kind of leaf litter it had, what comprised the soil, how close the water sources were. The book inspired me to seek and find animals’ hiding places, and to judge how and when to invade their privacy to collect them. The book may be part of how I became a photographer.

The book begins with the essential forms, a shape in silhouette, and ends with infinitesimal specificity of “geographic races” and “sub-species.” The term “species” describes organisms of a particular group that can reproduce genetically viable offspring. In reality, it’s not so clear cut. Species differentiation is a messy science. Species Complex is a term that describes when the boundaries between species is unclear. The complexity of life does not always conform to the definitions or assumptions we try to impose on it, even in books.

This exhibition, Species Complex, is about looking, finding, capturing, and holding. It’s about people who love to watch, want to know, and need to touch wild animals. The exhibit describes the drive to search and the complex paradox between wonder and control. —JW 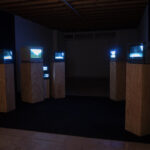 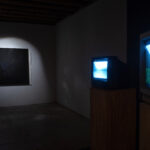 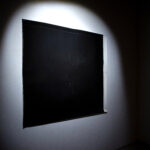 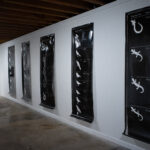 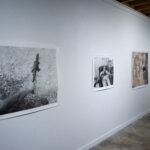 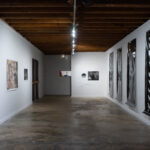