Paul McMahon : It Takes a While to Figure Out Who You Really Are

It Takes a While to Figure Out Who You Really Are

Lump is proud to present painting, sculpture, video and a performance by Paul McMahon. The exhibition will open Friday, November 30, 6 – 9pm. An Artist Reception and performance by McMahon will occur Friday, December 7, 6 – 9pm.

In 1982 Paul McMahon (b. 1950) and Nancy Chunn created 10 large paintings. McMahon and Chunn refer to these works as SONG PAINTINGS. Each painting is a very literal illustration of its song. These paintings were originally intended to be backdrops for McMahon’s performance of these songs. They were used for that purpose only once, at Artists Space in New York City in May of 1982. The two main subjects are vicious art world gossip and cute little songs about animals.

Accompanying the mass installation of these paintings, Lump will present a multitude of video, 2-D work and sculpture that trace the various incarnations of McMahon’s career through the years to present day. McMahon (cat toy enthusiast) has performed as a giant potato, administered advice as a rock n’ roll therapist and has been banned from public access television for showing a human anus. He is a Pictures Generation artist and works as a mailman on Saturdays.

Paul McMahon lives and works in Woodstock, NY where he runs an artist bed and breakfast called the Mothership. 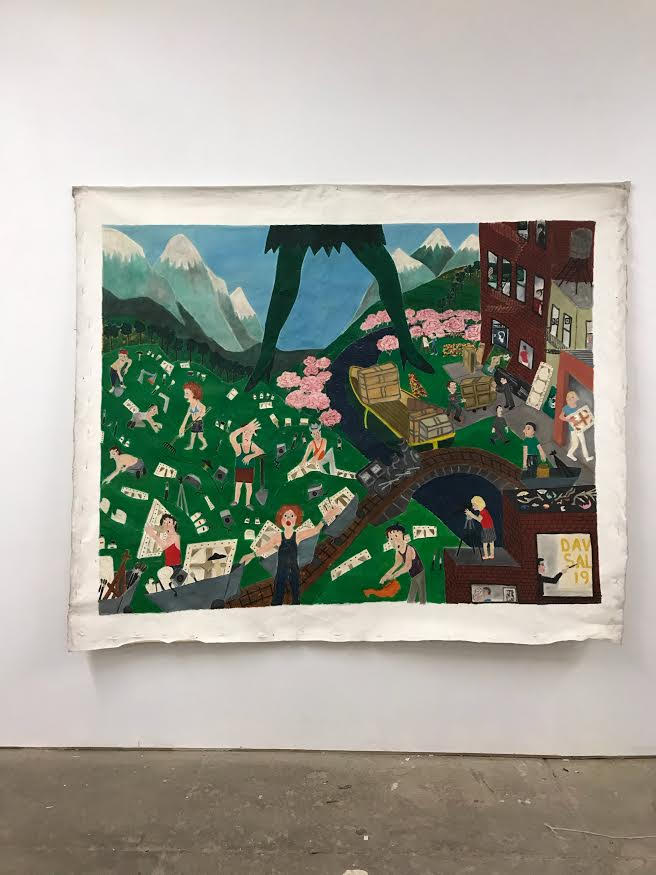 Paul McMahon and Nancy Chunn, The Valley of Art, 1982