Tony Lewis’s drawings of fragmentary texts, geometric patterns and enveloping color fields alternate between Minimalist abstraction and metaphoric / metonymic suggestion. The smudgy black-and-white drawings hint at – but never explicitly represent – bleak landscapes, raced bodies, and narratives of rage restrained. Of Untitled (Lump), Lewis writes: “Work begins and lives on the floor of my studio. It feels as though it has become a condition impervious to interruption, a starting point for attempting to handle such a feral material as graphite powder. This second iteration of this project is built to conform to the precise floor plan of the gallery…The result is a 1000sq ft. monochrome graphite drawing, which is inevitable to walk onto upon entering the gallery.”

John Neff works primarily in photography; however, at LUMP he will present a new, in-progress sound work. After traversing Lewis’s graphite floor drawing and passing Jackson’s wall of charcoal portraits, visitors to the gallery will find a darkened room. In this room, a common FM radio will play brief recordings transmitted by a nearby FM device. The recordings, conversations between Neff and his boyfriend, a graduate student of astronautical engineering, will be expanded and updated throughout the run of the show. Subjects discussed will drift from cosmology to missile defense to space travel to interracial / intergenerational relationships. In avoiding the visual entirely, Neff’s contribution to the exhibition is perhaps most explicit of the three artists’ works in its representation of conflicts and desires arising across differences of age, race and sexual object choice.

Mark Jackson was born in Harrisburg, Illinois in 1952. After studying at both the San Francisco Art Institute and the School of the Art Institute of Chicago, Jackson received his BFA from SAIC in 1977. Over the past thirty years, he has exhibited widely throughout the United States; his work is held in a number of public collections, including the Chicago Museum of Contemporary Art and the Smart Museum of Art.

Tony Lewis (American, born 1986) lives and works in Chicago, Illinois. Lewis received a MFA from the School of the Art Institute of Chicago in 2012. His installations and large-scale graphite drawings have been exhibited at venues throughout the U.S. and Europe, including the Shane Campbell Gallery in Chicago, New York’s Galerie Lelong and Room East galleries, and Brand New Gallery, Milan.

John Neff (American, born 1975) produces works of art, organizes exhibitions and practices critical writing. He lives and works in Chicago, where he recently presented a new body of photographs in a solo exhibition at the University of Chicago’s Renaissance Society. 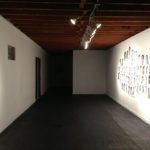 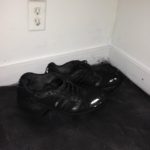 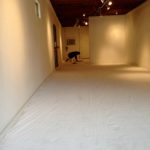 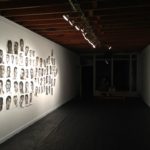 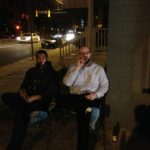 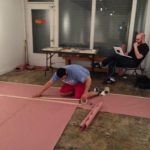 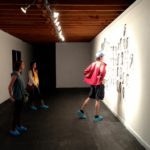 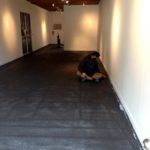 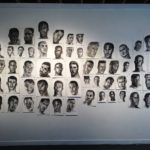