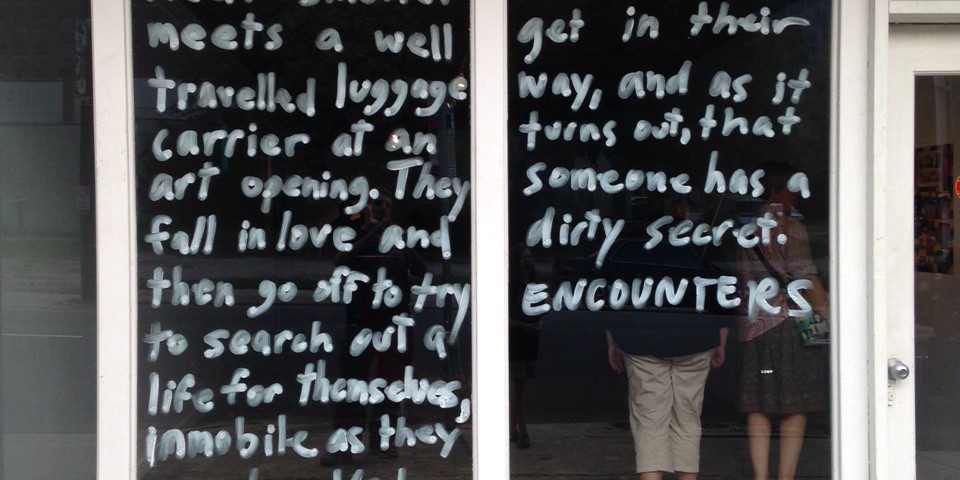 A crusty old smoker meets a well travelled luggage carrier at an art opening. They fall in love and then go off to try to search out a life for themselves, immobile as they may be. Yet there is someone that wants to get in their way, and as it turns out, that someone has a dirty secret. ENCOUNTERS”

Ludwig Schwarz completed his MFA at the School of Visual Arts New York and returned to Dallas, where he has continued to exhibit both locally and nationally. Recent exhibitions include; Ludwig Schwarz: Retrospective (1990–2014), Dallas Biennial, Oliver Francis Gallery, Dallas, TX; Meet the Schwarzes, NADA NY with James Cope Projects; the 2012 and 2010 Brucennial, NY; Galerie Carolyn Heinz, Hamburg, Germany (2011); Leo Castelli Gallery, NY (2011); Re-Seeing the Contemporary: Selected from the Collection, Dallas Museum of Art (2010); The Rose Art Museum of Brandeis University, Walthum, MA (2008) and Road Agent Gallery, Dallas, TX (2007). In an April 2014 feature about Schwarz, Dallas Morning News art critic Rick Brettell wrote of the artist, “I am surer than ever that Schwarz is a major artist. Indeed, he is quite possibly the most important painter who has lived in our city in the last generation…” 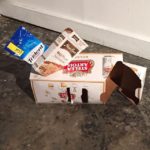 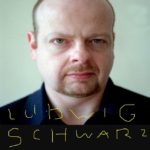 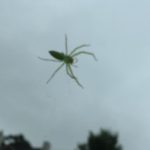 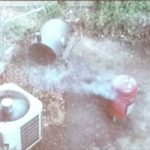 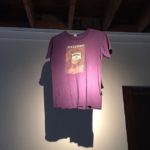 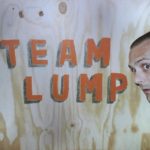 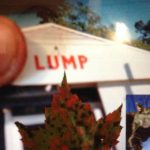 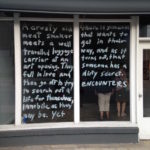