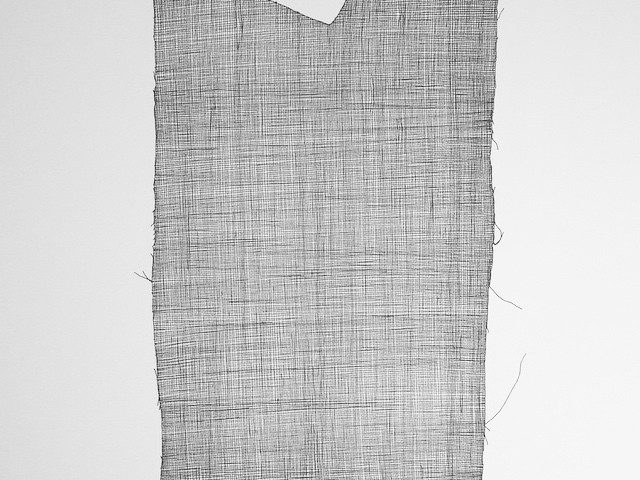 My work often deals with shapes and spaces that are both ubiquitous and often overlooked. After completing a large project last year, I am at another beginning place with my artwork. For this, my first exhibition in North Carolina, I am working from intuition. I began by gathering several pairs of blue jeans and cutting the pockets out of them. After various tests and experiments, what has resulted so far is a series of drawings, which aesthetically reference maps, Rorschach tests and textiles. I’m interested in the place where drawings can be “of something” but are open enough to be read as many things.
— Joy Drury CoxJoy Drury Cox was born in Atlanta, GA. In 2001, she graduated with a B.A. in English from Emory University. She earned her M.F.A. from the School of Art and Art History at the University of Florida in 2006. She has exhibited at various galleries and art spaces in New York City, as well as in venues internationally. In the fall of 2014, she had solo shows in New York City at Launch F18 and Workshop at Christian Berst Gallery. Along with making art, Joy is currently a lecturer in the Art Department at UNC Chapel Hill, where she teaches photography and two-dimensional design. 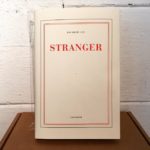 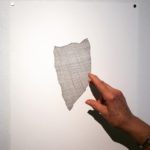 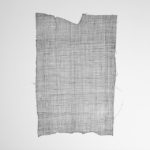