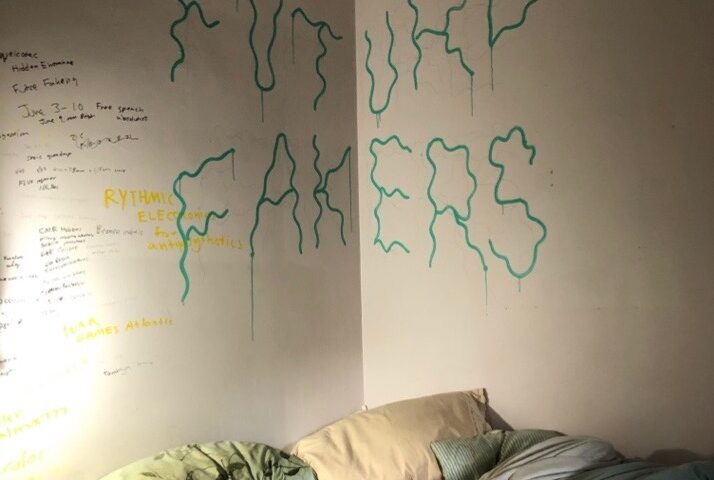 “Future faker” is a dating term. It is someone who paints a rosy picture of the future, in a relationship, knowing full well that there is no future at all. It goes beyond dirty tactics. It takes plotting, organization and vision. More broadly considered, a future faker is any entity that uses a detailed vision of the future to facilitate or manifest events.

Each of the works in this show is deceptive in a similar way. It takes its time, lays the groundwork, projects an illusion, then strikes. The show’s curator, Mike Geary describes it as, “a holographic semblance projected back at the viewer through a technique/anti-technique that misleads or removes the artists hand.” He raises the question of whether or not it is possible for a collective belief to become so thoroughly defined that it might manifest itself as reality. He says, “If history is bunk, because it was engineered from the start, then what do we make of now… now… or now… how about now?”

It is fitting that Mike’s take on the show is just as cryptic as the works within. You’ll see a bit of everything in terms of medium and creative approach. But these pieces share a liminal quality, as if they are here and there at the same time. The threshold between opposing forces is blurred. Achieving that kind of subtle distortion requires patience, practice and a well articulated vision of what “is” paired with what “could be.” These are three powers that each artist deftly wields. Just like a bonafide future faker.