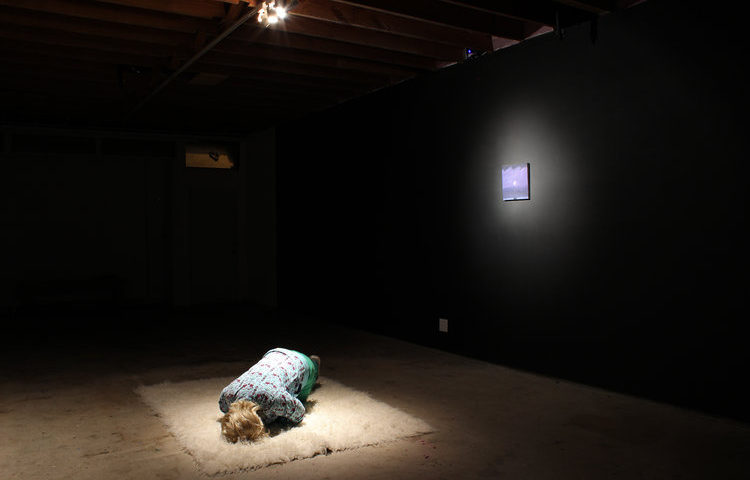 I’m laughing so hard.
I can’t even tell you.
Even if i can get it out, it wont be funny.
Ding Dong…

Should I tell you what it’s about?

You’ll never get it.
You won’t understand.
If I tell you one part, you’ll be thinking about another.
I don’t even know where the parts are that you’ll be looking for.

I mean…like…I didn’t lose an earring.
See, they are both here.
The front side and the back side.

I know you can only see the front, the back is usually just for me.
My expressions are the only things that don’t ever change.
I guess they are for you.

What if I told you I had a rock in my shoe,
THIS WHOLE TIME.

Now, imagine all those lines in Dolphin language.

Kerry Law is an artist and art teacher who lives and works in Ridgewood, Queens. He has had solo shows internationally. Recent solo shows in New York include Empire States at Camel Arts Project Space in Williamsburg and Kerry Law ‘nite at Storefront Bushwick Project Space. Recent group shows in New York include Between a Place and Candy curated by Jason Andrew at the 1285 Avenue of the Americas Art Gallery, City as Subject curated by Xico Greenwald at the Westbeth Gallery, Yearning Upwards curated by Emily Berger at the Painting Center, Clouds organized by Adam Simon at the Lesley Heller Workspace and Endless Summer curated by Gary Peterson at the Brian Morris Gallery. His work has also been seen in the Gift Shop at Valentine Gallery in Ridgewood and on the cover of City Journal magazine. His work has been reviewed in the New York Times, The Brooklyn Rail and the New Criterion. In 2012 he was a top ten nominated artist for GO: a community-curated open studio project organized by the Brooklyn Museum. Born in Westchester, New York he received his BFA in painting from Binghamton University, SUNY with Highest Honors and his MFA from Purchase College, SUNY. http://KerryLawArt.com

Kirsten Stoltmann currently lives and works in Ojai California. She received her MFA from the University of Illinois, Chicago a long time ago. Stoltmann keeps one foot solidly planted in Milwaukee Wisconsin where she was born and raised and attended film school. Milwaukee plays a huge part in her creative state of mind and also where she recently finished shooting a film about a lonely woman with a vivid imagination. Besides running an Airbnb, making candles, raising a daughter, wreaking havoc on the art world, she is also the president of her local Coven.

About LOG:
LOG (Low Occupancy Gallery) is an experimental art gallery rooted in Chapel Hill, North Carolina. Thriving on the integrated nuances between country and city, public and private, LOG presents exhibitions with artists whose work can fall outside the confines of a pressure driven art market. LOG’s first exhibition space was the Sugar Shack, a rustic structure located on the side of a wooded hill next to Morgan Creek in Chapel Hill, NC. Visitors to the Sugar Shack were encouraged to enter the space in solitude to view each exhibition. LOG occupied the Sugar Shack from September 2015 through July 2016. Part One of LOG’s Mini Series at Lump, Background, included works by Lauren Clay (NY), Julia Gartrell (NC), and Angelina Gualdoni (NY). Part Three of LOG’s Mini Series at Lump is scheduled for May of 2017.

LOG is co-directed by artists Maria Britton and April Childers. 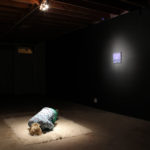 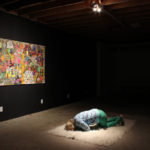 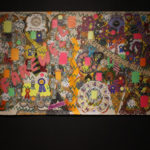 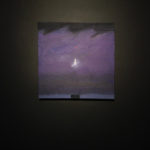 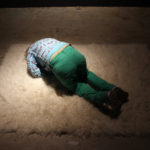