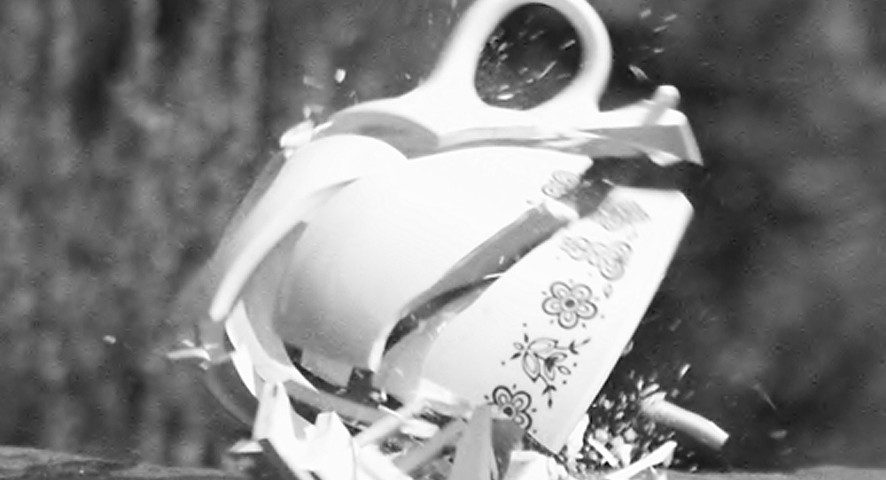 Drop art, a little known and microscopic movement born in 1961 in Lawrence, Kansas around the concept of “droppings” began when artists Gene Bernofsky and Clark Richert dropped painted rocks from a roof on the main drag of Lawrence Kansas to the sidewalk below. Early Drop Art works or “droppings” included “Pendulum” (a boot hanging from a rope held by the artists on the roof and dangling to the sidewalk below) and “Egg Drop” (a plate of over easy eggs, bacon, toast, coffee, and orange juice dropped on the same sidewalk).

In 1965, Bernofsky (Curly), his wife JoAnn (Jo), Richert (Clard) and Richard Kallweit (Lard), along with a few others bought a 7-acre parcel of land outside Trinidad, Colorado with the intention of creating a live-in work of Drop Art. Inspired by the architectural ideas of Buckminster Fuller these pioneers created domes and other structures from metal car roofs and scrap materials to live and work in on the property. After completing eight structures on the property Curly and Jo- the official land owners signed the land over to a non-profit consisting of the core group. A copy of the deed made it expressly clear that the land was “forever free and open to all people”.

As Drop City gained notoriety throughout the late 60’s and 70’s tensions and personality differences rose eventually splintering the group into smaller factions who went on to form their own communities and artist collectives. By 1977 Drop City was abandoned and the site eventually sold to a neighboring goat rancher. The last of the eight structures was eventually taken down in the late 90’s.

Drop City can be seen as the first hippie commune, inspiring countless others over the next few decades (Libra outside of Gardner, CO, Criss-Cross near Boulder, CO and many former and current egalitarian communities).

The Front’s installation is inspired by the Drop City artist commune and the geodesic domes they built on their parcel of land to function as both their living and workspaces. Like Drop City, The Front was founded by artists in a spirit of idealism and grassroots innovation. Building a sustainable space for art is hard; Drop City initially flourished, but was abandoned after a few short years. The Front, established in 2008, has endured both growing pains and exciting successes. Its sustainability relies on its members to contribute both as individuals and as symbiotic parts to a larger organism. Drop City is both an inspiration and a cautionary example.

Their installation is built from triangular pieces made by individual members and installed as if a geodesic dome were peeling apart and sprouting new offshoots. The dome becomes less primarily structural and more like a crystalline multicellular organism. Built from discrete, individualized units in an array of styles, forms, and media to reflect the diverse, even cacophonous individual voices within The Front, the piece is conceived as a true symbiotic collaboration in service of a greater whole.

The Front is also creating a zine called “The Good Art Guide” which is a playful attempt to define the indefinable qualities that make “good” art good. With individual contributions from Front members, it is an absurd instruction manual from artists, to artists, with strategies, formulas, and approaches for making “good” art as well as a survey of the widely varied and contradictory opinions and insights of their practicing member artists. Thus, at its core, “The Good Art Guide” is an impossible exercise in making concrete the intangible and elusive.

Team Lump will be exhibiting an assemblage made of tornado debris, scrap material, cardboard and various objects alongside video of shattering objects and musical performances emitting from a Volkswagen. In addition, the last printed edition of Drop City’s ultimate free paper “The Drop Bucket” will be available in the gallery.

Team Lump is an artist collective that has been actively collaborating for over a decade. The group began as an outgrowth of the Raleigh, North Carolina project space Lump. Bill Thelen, its founder, curates artists into the collective, and the team fluctuates slightly on a project-to-project basis. Team Lump has had solo exhibitions at Cell Projects in London, Space 1026 in Philadelphia, Plus Ultra and Cinders Gallery in Brooklyn, Artscape in Baltimore, SouthEastern Center for Contemporary Art in Winston-Salem, Suitable Gallery in Chicago, Milky World in Seattle, The Contemporary Art Center in Atlanta among others. Their work has been reviewed in The New York Times, Sculpture, Time Out – London and New York, The Independent, NyArts Magazine, Proximity, Art Papers, and many on-line journals. 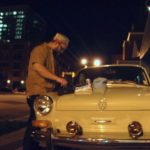 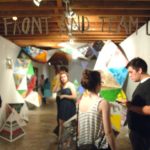 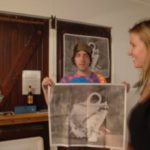 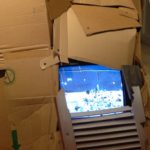 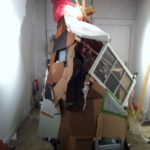 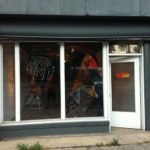 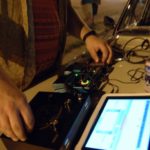 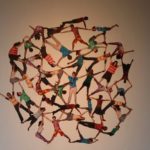 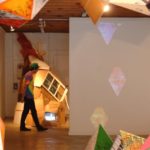 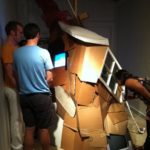 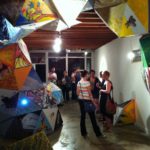 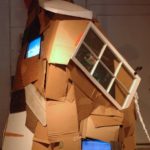 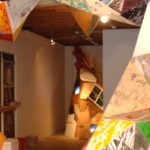 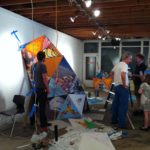 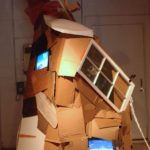 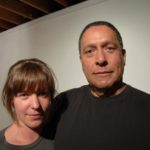 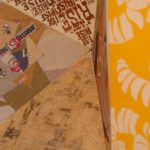 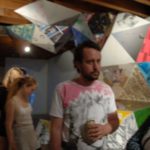 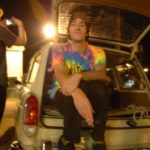 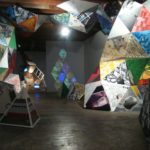 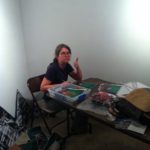