Woman in the Sun

Woman in the Sun 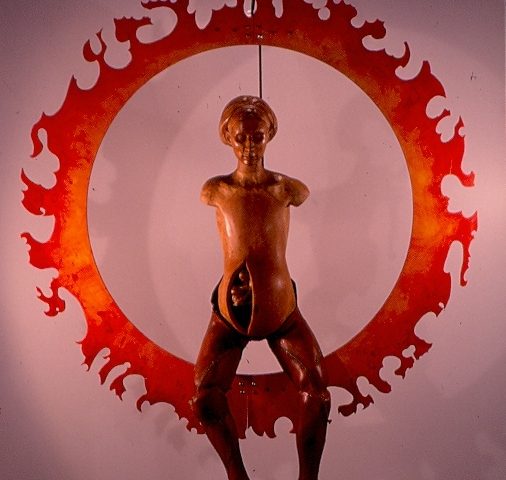 Woman in the Sun – Johnathan Jacquet

“Think all the Y2K hype was bad? Try living at the end of the 9th century, when, because of the millennial predictions of St. John, the Christians were sure that the end of the world was upon them. The fact that the Arabs had invaded and conquered the Iberian Peninsula and the Visigoths dominated Spain only solidified their fears. In the midst of all this apocalyptic ruckus, a monk named Beatus of Liebana sat down and wrote his own commentary on the apocalypse, a text that became a medieval bestseller of sorts. Scribes loved his dark work and for the next three centuries, they copied the words and drew fantastic illuminations to accompany them. A thousand years later, UNC-Chapel Hill grad Jonathan Jacquet has delved into a new representation of Beatus’ vision, only his version is 3-D: He carves life-size bodies from lime wood, then stretches and sews leather over them (pictured). Woman in the Sun, an exhibit of Jacquet’s macabre figures, is on display at Lump gallery through Dec. 31, just in time for the real turn of the millennium.”

Excerpt from the INDY  by Clancy Nolan