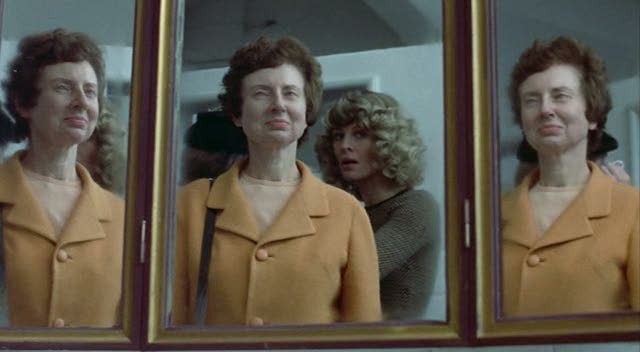 I knew this film intimately, long before I saw it, because my father described it to me, scene by scene, when I was ten. Whether that is tantamount to psychological abuse depends on how you take your movies, and how you like your steak. Regardless, my father’s telling, paired with my initial watching of this film, set the tone for my entire creative career.

The movie is based on a short story by Daphne du Maurier. It takes place in eerie, off season Venice, Italy, where Donald Sutherland and Julie Christie have retreated, after the death of their youngest child. But, instead of aiding his healing, Sutherland’s grief awakens a dormant clairvoyance in him, and Christie’s sense of loss attracts a grim force, in the form of two disturbingly kooky, old ladies, one of whom claims to be in contact with the couple’s dead daughter. From there, director, Nick Roeg deftly lays out a creepy enigma that is more about atmosphere and image association than it is coherent. He resolves it with a singularly bleak moment of violence. So be warned. Only, if you’re into those wonderfully off-key 70’s cinema endings that rattle around in your head for days, should you watch, Don’t Look Now. – GJ