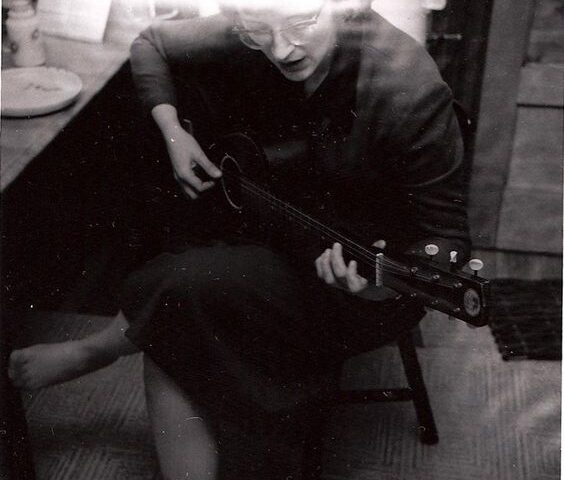 This week’s theme: “Consider the lilies” or, “Unsolved Mysteries.” I’m no Robert Stack, but I can appreciate a good unsolved mystery as much as the next bored-at-home binger. Take for example Connie Converse, the pre-Dylan progenitor of wry, idiosyncratic and deeply personal folk in the early 60’s Greenwich Village scene. Reclusive and utterly bemused by the trappings of “normal” life, Converse penned a small but nevertheless poignant rucksack of songs about withdrawing from the world – songs that went largely unheard until the early aughts. Decisively, after a short-lived stint as a songstress and in the midst of a crumbling personal and professional life, Converse wrote to her family, laying out a plan to ensure that her bills and other responsibilities were taken care of and urging them to grant her the freedom to disappear: “Human society fascinates me & awes me & fills me with grief & joy; I just can’t find my place to plug into it. Let me go. Let me be if I can. Let me not be if I can’t.” Disappear she did, and nearly a half a century later her fate remains a mystery. As bombastic as he was prolific, Peter Ivers, on the other hand, bumped elbows with both the megastars and fringe figures of the mid-70’s. Despite never quite grasping commercial success for himself, Ivers wrote songs for the likes of Diana Ross and The Pointer Sisters, and hosted New Wave Theater on the USA Network, introducing bands like Dead Kennedys, FEAR and Suburban Lawns to a broader audience. Ivers’ proclivity for the experimental caught the attention of burgeoning auteur David Lynch who notably tapped him to score Eraserhead, leading to perhaps his most enduring hit (?) ‘In Heaven (Lady in the Radiator Song).’ In 1983, Ivers was murderously bludgeoned in his apartment by an as-of-yet unknown assailant. Although both “Acid King” (and infamous narc) David Jove and Ghostbuster Harold Ramis were initial suspects (yeah, really), his murder remains a mystery. -DT

Selected listening:
Connie Converse – I Have Considered the Lilies