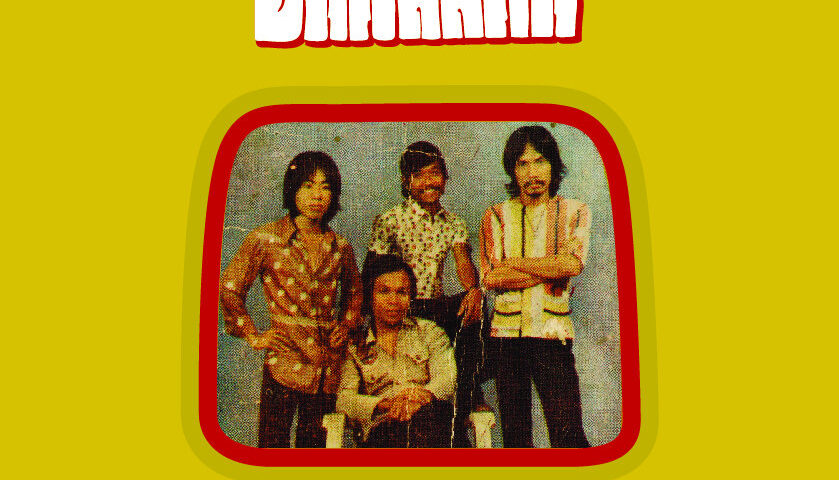 “If you’re feeling depressed, low, disturbed, irritable, out of sorts, sad, frustrated or wildly demented, then folks we suggest you seek out a quiet place, indulge in some soothing meditation and cut away that headache by listening to this inspirational album. To those of you who have been unkind and deliberately troublesome, we suggest you go jump in the lake specially featured for you on our cover.” – Liner notes for Lazy Bones!!

This week I’ve chosen two records that exist against all odds– psychedelic sounds, heavy rockers and acid-tinged folk jams that were forged in the far stretches of the globe, in the shadows of volatile political factions, plagued by limited technological resources, raging health crises and desolate economic conditions. These records are manifestations of a radical and singular ambition to create in spite of impending oblivion. We Intend To Cause Havoc is the eponymous manifesto of W.I.T.C.H, formed in post-independence Zambia in 1973. Lazy Bones!! is the third and perhaps strongest entry in the stellar catalog of these Zamrock pioneers. While this record is a testament to the harder-edged African take on fuzzed-out American heavy rock, it is also infused with a fiery optimism that definitely
sets WITCH apart from some of their more blunt-force contemporaries. Frustrated by a tense political climate that clamped down on their ability to perform, WITCH’s original lead singer, Emanyeo “Jagari” (née Jagger) Chanda quit in the late 70s to reportedly lead a quiet, pious life as a teacher. By 2001, the other original members had all sadly succumbed to the AIDS epidemic, though thanks to deep-diving collectors and the spell-binding spirit of WITCH, these mighty jams rage on. Drakkar was an essential, shape-shifting outfit in the mythic Phnom Penh music scene in Cambodia. They channeled Western rock and soul, pumped into Cambodia via U.S. armed forces radio that had been broadcast to troops stationed nearby during the Vietnam War, mutated and interlaced it with traditional idiosyncrasies, and created enduring psychedelic sounds that seem almost plucked from another dimension. From 1972-1974, despite limited technology to do so, as well as ever-present conflict and strict curfews, Drakkar recorded a self-titled album that serves as an essential document of Cambodian rock & roll, as well as a tragic and timely precursor to the tragic years ahead. By 1975, under the rule of the Khmer Rouge, Drakkar and their contemporaries were forcibly disbanded in an effort to eradicate Western influence in Cambodia. While the more fortunate among them were forced by the regime to play patriotic music, others were forced into labor camps, and others simply vanished in the midst of the Cambodian genocide. For a closer look at the triumphs and tragedy surrounding this music, I highly recommend the illuminating and heart-wrenching docs “WE INTEND TO CAUSE HAVOC” and “Don’t Think I’ve Forgotten.” -DT