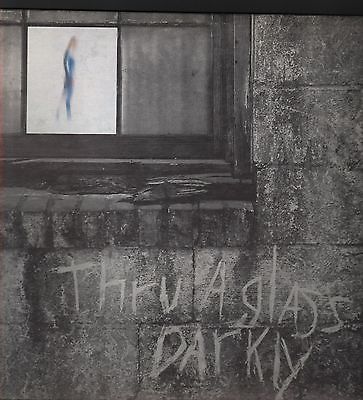 In an effort to rip the veil off of snooty, gatekeeping record collector culture, and offer a listening experience that few people have had, I’ve digitized two scarce private releases from my collection that are near and dear to my heart and also (as far as I can tell) unavailable online. Based in Asheville, NC, pianist and band leader Howard Hanger comes from a long line of Methodist ministers who left the denomination in order to continue to officiate same-sex ceremonial unions (Howard), oppose the Vietnam War (father) and promote civil rights (grandfather). Through a Glass Darkly (1970) is an anti-establishment take on sacred music, and though it could simply be lumped in with other spiritual jazz albums, its strengths really lie beyond the typical pop covers (Dylan and the Beatles, ugh) of the first quarter, into the drum-heavy, hard-bop-leaning middle section and unsettling tape collage finale. Released in 1983, Just Passing Through is a meditative Craig Leon-esque New Age odyssey that uses synths, crystals (yep), piano, and various percussive elements to pleasantly puncture space//time. These are refreshingly not-entirely-mellow standouts from the otherwise pious, rosy canon of New Age/ spiritual music, and now you can listen to them without having to be a dope that shells out $50-100 for a record! Unroll the wizard scroll and listen with adventurous ears. – DT